New Beginnings: When to Quit Your Job 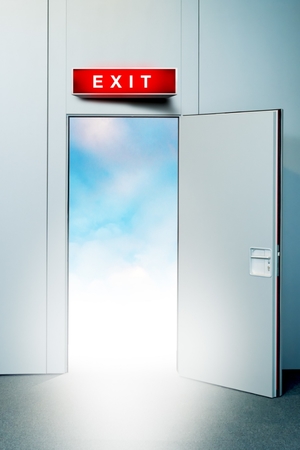 Applicants for a job will recognize that common interview question: “Why did you leave your last employer?”

In my consulting work I have discovered a number of valid reasons why one should consider moving on from a job. Years ago I did research on why good employees get fired and heard from executives on reasons why they should have left a job sooner. I’ve continued to talk with individuals who have exited a role because it was no longer the right job for them.

Here is a suggested list of factors that may point to the need to get on with that next chapter in your professional career.

It was once suggested to me that a person’s career trajectory is set by the time they are 30 years of age — at that point you are either on track for leadership or not. At the same time, opportunities for younger people to lead in organizations to learn leadership and to hold leadership positions are not as extensive as they were a generation ago.

When a job comes along that will include broader responsibilities and learning new skills it should be seized. Educators, futurists, and consultants predict that today’s CEOs may have to be retained as mentors well past traditional retirement age because the next generation simply hasn’t been taught enough about leadership. When a new job affords a significant learning opportunity, grab it.

There are toxic workplaces that lead to emotional burnout and there are job responsibilities that take their toll in exhaustion. Consider the example of an individual who travels constantly and normally works a 70-hour week. A health professional can help you recognize the signs that a job is harmful, including depression or too little sleep. Listen to your family, your mind, and your body. As one executive said to me, “If it feels wrong, it is wrong.”

Did the nonprofit that hired you misrepresent the organizational culture and the job itself? Does the way they conduct business and deal with each other run contrary to your own values? The problem could also be that the organization’s mission is not in alignment with your values, although this will typically be known before you accept the job. Can you be loyal to and champion the interests of an employer that advocates on issues that polarize citizens or sells products that cause health risks? How about reporting to work every day where members berate each other, bully clients, or engage in unethical business practices?

An existing job may simply no longer offer growth potential or challenge. In this case, you have learned all that you can with no real prospect of additional or new responsibilities. If you dread the routine of it all because it has sapped your motivation and drive, it is probably time to move on.

Is the organizational ship sinking with no prospect for rescue? Reaching this conclusion may take more than just looking at recurring financial crises, layoffs, and members or donors fleeing for better organizations. It may require some strategic thinking about the future. In 1985, there were communities throughout Canada with footwear manufacturing plants. My first job in the not-for-profit sector was with a footwear industry organization. Within a decade most of those plants, and that association, were gone.

There is also a lesson to be learned by monitoring the volume of résumés from senior political staffers a year or so before an election. The talented, savvy ones often have a real sense of the election outcome well before the public and media. Staff who ignore the signals end up being among hundreds competing for similar jobs the morning after the polls close and the election is decided. The lesson here: don’t get caught unaware.

Organizational conflict can be internal or external. Internal conflicts include a berating boss or dysfunctional directors who are never satisfied. It may be a co-worker who simply makes going to work each day a burden because their behavior is unconscionable. External conflicts can be personal obligations such as the need to support a family member in declining health (and organizational policies do not permit an extended absence), or a desire to finally pursue a goal such as starting one’s own business.

The important consideration in deciding if this is the catalyst to resign is whether there is a real prospect for improvement and change.

Like the Broadway star who had top billing for years, you now feel that your agent only finds you dinner theater bit-player roles in rural backwaters. In the not-for-profit sector this is manifested by the board chair who isn’t listening, doesn’t respect staff counsel, and who perhaps is even openly hostile to your recommendations. For other employees it is the supervisor who has decided to engage other staff, solicit their suggestions, and provide them with opportunities that you once were offered.

Employment lawyers will point to the telltale signs of being isolated (no more invitations to the key meeting), people becoming overly aggressive, and changes to your job. There may be a flurry of memos to start the paper trail for the HR file, leading to a termination. If there is the prospect of termination, the choice of whether to jump (resign) or be pushed (fired) is yours. The latter often has some financial benefits but the cost to your emotional well-being may be too high to ride out the storm. If faced with these scenarios, do your homework and consult a lawyer.

Glenn Tecker, who has consulted in the nonprofit sector for decades, identified three contributing conditions that should give the employee pause to consider leaving:

The organization’s energy is focused internally on power and politics, rather than externally on programs and delivering value;

There is an absence of partnership, collaboration and trust among the individuals and groups who hold power in the organization (This may be dominated by a single personality or groups such as chapters, federation members or factions within a professional or industry group); and,

The organization engages in dysfunctional communications (for example “end runs,” side negotiations outside the board or superficial meetings where decisions are made and influential people are left out).

A feature in too many nonprofit organizations is the preoccupation with turf and self-promotion rather than on the organization’s mission. People feel that success is not shared and that volunteers and staff are not pulling on the same set of oars in a common direction. The good news is that there are organizations that are aligned, where a cohesive, team approach is the norm.

Making the decision to leave a job, especially if there is no other job lined up, is a major step with career and financial implications. When the time does come to resign, do so professionally and respectfully. This is about you taking a bold new step in the right direction, not about spelling out the faults in your current organization. You should prepare for continuity by having every function and task explained so that a successor, or colleague, can pick up where you left off.

If you feel that what is required to perform your job will compromise your health, professionalism, integrity or ethics, it is time to move on.

On a positive note, few employees today accept a job expecting it to be their last. New, exciting roles will continually be presented and should be welcomed as opportunities for personal, professional, and financial growth.

Subscribe to articles from thought-leaders with diverse experience to help you succeed in your organizational journey.